Thee island of Lesvos, perched off the coast of Turkey, is a Greek island destination – an island of classical Greek poets and poetesses and amazing Byzantine castles in an environment dominated by olive groves, beautiful beaches and clear, blue Aegean seas. Lesvos is easily reached by plane from Gatwick. Book yourflight, but don’t forget to also book one of the many gatwick hotels with parking for your car so it makes it easier to get to and from the airport.

The airport is close to the island capital of Mytilini, a bustling port town of some 20,000 people. The port is full of day tripper boats and yachts from all over the world and is busy with colourful fishing boats and ferry comings and goings. The waterfront has all the tavernas, restaurants and bars that you could need. Overlooking the port and the beautiful North East coastline and the Turkish coast only a few miles away is the Byzantine Mytilini castle, reached through the maze of narrow, winding streets of Mytilini’s old town.

Lesvos is Greece’s third largest island, though quite a bit smaller than the two comparative giants of Crete and Evvoia. It is an island of two halves – the eastern and central half is dominated by rolling hills and olive trees, with two mountainous areas covered by pine and oak forests. The western half is bare, rocky and bizarre – the legacy of volcanic upheavals some hundred thousand years ago. The volcanic lava flows are visible on one of the several carefully marked routes that the Lesvos administration have made available for the public and visitors. Remains of petrified trees can be seen half buried in the ground in various places.

On the flight in from Gatwick, you may see Lesvos’ two inland seas – the Kalloni and the Yeras gulfs, remarkable waterways connected to the sea by narrow entrances. Sail charters and boat excursions from Mytilini visit these seas as well as the lovely island coastline and remote anchorages.

One of the most popular reasons for aLesvosvisit is to witness the annual migration of tens of thousands of birds in Spring and Autumn on their way to summer breeding grounds further North. Flamingos, pelicans, storks, avocets and many other waders can be seen in large numbers in and around the wetlands close to the Kalloni gulf. There are a number of bird hides which allow access to the birds without disturbing them unduly.

In the North West tip of the island is the attractive and colourful old town of Molyvos. Like so many Greek island towns, a veritable warren of narrow, winding streets, perched on the hillside above the shimmering sea, crowned with another of those Byzantine castles. From the castle ramparts, looking North, the Turkish coastline seems very close. Only a few miles further on, but unseen, is the entrance to the Dardanelles, Gallipoli and further on still – Istanbul. The Turkish town of Ayvalik can be visited as an easy and cheap daytrip from Mytilini. 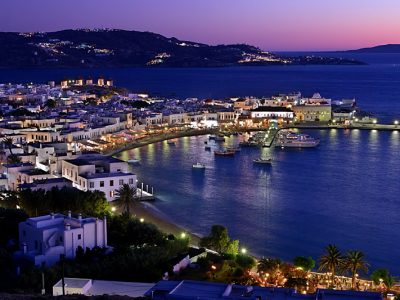